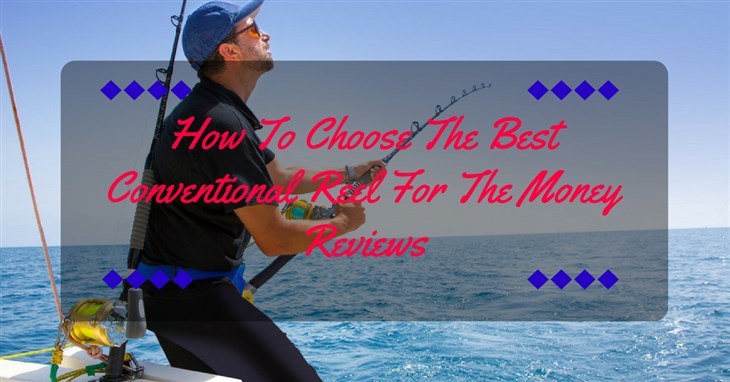 Nowadays, you can find a lot of reels around you. There are so many reels are so many out there that it is challenging for the anglers to get familiar with them. And it is even harder for the anglers to identify the best conventional reel for the simple reason – what you do not know, you cannot compare. There are lots of reels that fishers use, and we have taken the time to point some of the best ones to you.

Some of the reels also come with fantastic features. We searched through the market and checked for some of the best reels available. The types of reels are discussed below.

The Types Of Reels

There are lots of reels you can get today. They come in different types, forms, shapes, and sizes. Beginners can use some of the reels, while experts can choose ones that suit their preference the most. The different types of reels are:

The ﻿spinning reel is also referred to as the open-faced reel. It is one of the traditional reels you can get on the market. This type of reel has a series of applications and uses, and you can select the one that suits you best from the long list of the spinning reels available.

In this type of reel, the reel is placed at the bottom of the blank the spin cast reel, and other components rest on the reel. It is easy for you to identify a spinning reel rod by the size of its guides. A spinning reel rod's guides are big enough to compensate the big loops that are caused by the fishing line when you cast and retrieve the reel. This spinning reel is user-friendly.

To cast the reel, you start by opening the expanded metal at the front of the reel which is surrounded by the spool. After that, you just have to clench the line with the aid of your finger to the blank to prevent the lure from falling early.

Maybe you have been fishing since you were a kid. Then it would be hard for you to remember the type of reel you used when fishing. The spin cast reel is a right kind of reel for fishing. It is easy to use and does the job perfectly. Just by pressing a button and you flicking your wrist, you can drop the lure into the river to attract fishes. Its operation mechanism is quite simple and does not require much effort. If you are a beginner, this type of reel is best for you.

However, this type of reel has some disadvantages. This reel has a shallow spool and can only allow for a few lighter test lines. This means you cannot make use of the spin cast reel for catching fishes other than the small bass and panfish. Moreover the drag of the reel is not adequate. This makes it difficult for you to retrieve your lures with finesse. Furthermore, the components of the spin cast reels are not durable.

The trolling reel has a lot of features as the baitcasting reels. They also have almost the same design with the baitcasting reel, but they are not used for casting. They have a profile which allows room for more lines. These types of reels are designed to catch big fishes. They are suitable for both beginners and professional anglers.

The reel has a spool that moves from the left side to the right and has a big basket for holding your catch. Furthermore, the reel can hold massive line forms. This is of great value whenever you want to aim for a monster fish.

The operation of a baitcasting reel is not suitable for beginners. Its action is hard. The casting of the bait caster requires a manual process. The anglers that use the baitcasting reel must be able to master the amount of pressure to be applied on the spool. Or else, it can lead to a backlash, and this can result in nasty knots, and they will have to untie them.

The baitcasting reels are designed for big bait. Having a light tackle will not drag the line adequately, and this can result in a limit in the casting distance. What's more, the price of a baitcasting reel varies from the other. The use of a bait caster is more recommended for professional anglers. Therefore, the equipment gets more expensive. In a word, the baitcasting reel is a super reel for anglers. 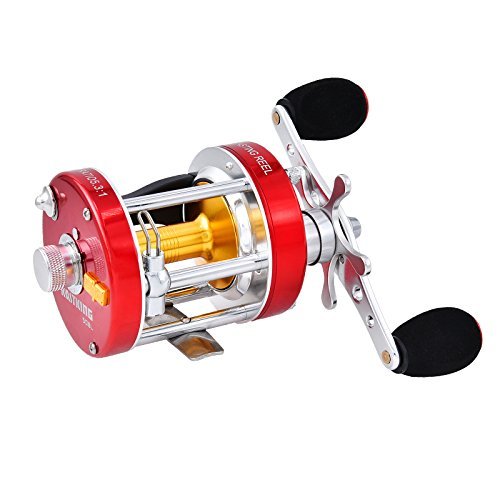 The KastKing Rover Round Baitcasting Reel is one of the best reels for fishing. However, it is more recommended for professional anglers. This baitcasting reel is flexible and can be used for all fishing conditions. Whether shallow, deep, in fresh or the salt water. The reel gives a smooth drag, it works very well, and it is super strong. It is reinforced with a hard anodized aluminum sideplates and spool. 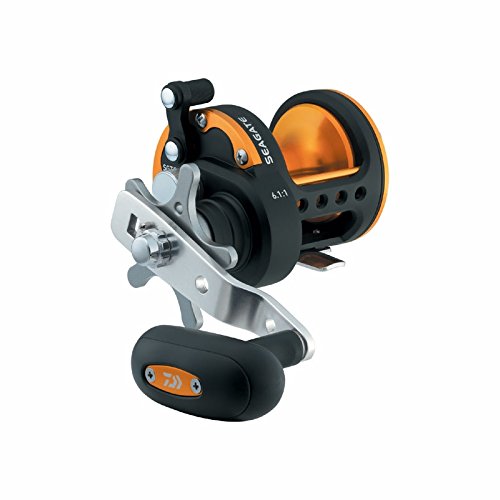 The Daiwa SGT50H Seagate Drag is very useful for saltwater fishing. This baitcasting reel is made up of an aluminum body which keeps the carbon drag very high. At the same times, it has a light weight. Furthermore, the reel does not show many signs of wear and tear after using it for a while. At 6:3:1, the reel moves at a very fast speed. This makes it easy for the anglers to make their catch quickly without a lot of effort. 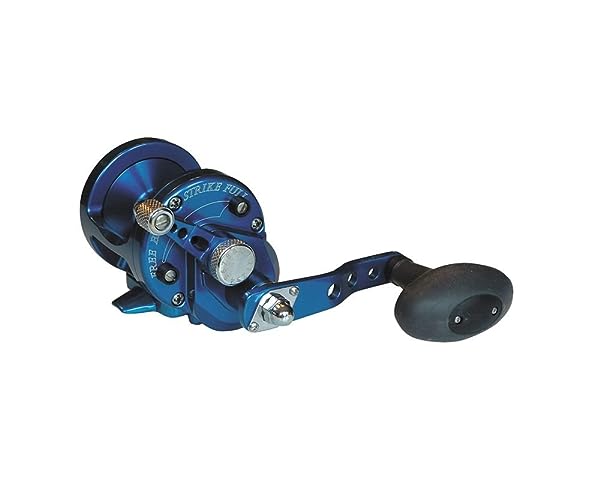 The Avet 5:3:1 Lever Drag Conventional Reel is a high-quality reel. It is moderately priced and is suitable for lightweight casting. On the other hand, it has an excellent durability and strength. Furthermore, it has a very smooth operation. It is one of the best fishing reels currently on the market. You can utilize this reel to improve the experience of fisheries. Both beginners and professional anglers can take advantage of it. 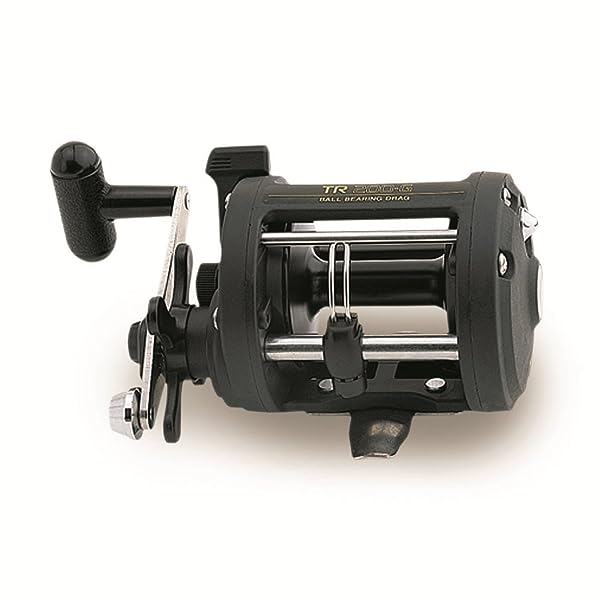 The strength of the Shimano TR Levelwind Conventional Reel can pull in a large catch quickly. The catch will not even have a chance to free itself. Many reviewers online praised this reel as one of the best reels they have used. They offer anglers the opportunity to cast in both far and short distances. Furthermore, it works well in both freshwater and saltwater. What’s more, the reel is a great tool for placing your hook appropriately when you are casting your lures.

The equipment you make use of when going fishing is important. With the suitable reels, you can make a big catch with little efforts.