How To Cast Farther, For More Than 30 Feet 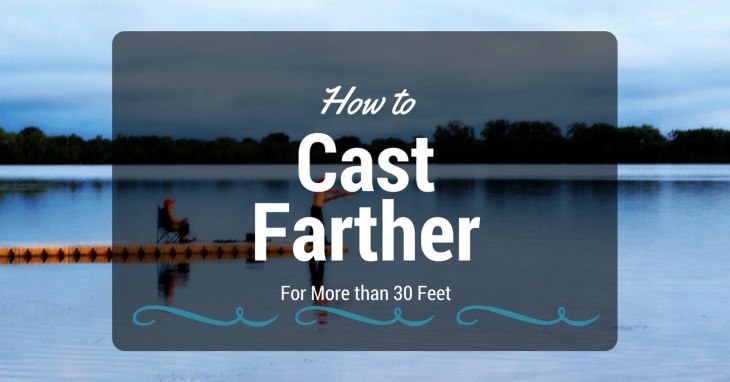 Are you having troubles in casting your fishing line for more than 30 feet? Here are a few pro tips on how to cast farther. Fishing can both serve the purpose of entertainment as well as an income generating activity.

Before you start fishing, you will need to learn how to cast your fishing rod into the water. What is casting? Casting in general terms means the process of throwing a bait or lure into the water to fish. If you are not new to fishing, then you may want to learn a few tips on how to cast farther.

The process of casting might seem easy when you see it in pictures or videos or when seeing a professional casting a fishing line but there are several factors that you will need to consider before being able to cast further.

For you to be a good fisherman, you must be willing to learn all the techniques and specifications both necessary steps to more complex factors considered when you want to cast farther.

How To Cast Farther - More Than 30 Feet
Why Would You Want To Cast Farther When Fishing?
Beginner Casting
Requirements
Factors To Consider
1.The Performance Of The Rod.
2. The Length Of The Rod.
3. The Size Of Your Line.
4.Line Material.
5. Effects Of The Wind
6.Type Of The Lure.
Conclusion

Why Would You Want To Cast Farther When Fishing?

Casting for a beginner is more efficient when using a spinning cast as it is easy to avoid tangling your fishing line or even breaking it. You can practice spin casting even in your backyard on a small pool of water or even the small river passing through your town. Spin casting is advantageous as it can apply to lures of all weights.

When using spinning reels to cast it’s not that different only that the weight of the lure will determine how far the fishing line will go. After holding the rod on your waist and hooking the ﻿bait, you let the spool to run free and sweep it off your shoulder, and when it is far enough and has splashed the ﻿﻿water surface, you reel a few time, and you are ready to fish.

When You want To Cast Further. All these are methods used when casting, but when you want to throw further, there are factors to be considered.

1.The Performance Of The Rod.

A rod that doesn’t bend won't load; hence it will perform less, and the rod may even break in the process of casting. This will lead to more charges to be spent on the fishing rod. It is advisable you do not use a heavy duty rod when you want to cast further. 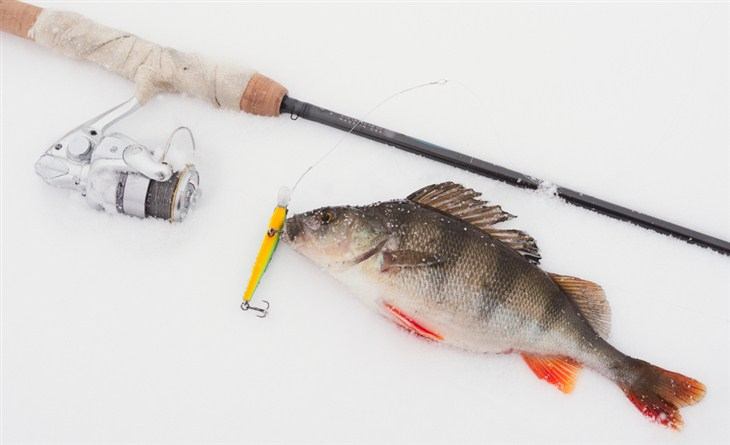 When you are considering the size of the line, this is the thickness and the weight of the line. Unlike the rod size that cast further when long, the thicker line will not cast further as well as the heavier line. The heavy line will cause a lot of drag with the air as it is being cast; hence it will not go far.

A twenty-pound line will cast further than a thirty-pound line. Thus if you want to be a professional in fishing, it would be wise if you would use a line that not this and not heavy so that you can cast far enough.

This tells us that fluorocarbon even when light causes a lot of drag than braid that is heavier. It is important you consider the material of the line both its weight and coating when you want to cast further.

5. Effects Of The Wind

On the other hand, casting against the wind will cause your line to experience a lot of drag and reduce the distance which you would have cast on average weather condition. It's good to know the weather conditions before deciding to go fishing.

The kind of bait is essential when you want to cast. It is the backbone of the whole casting process which without being available the process stops. How does a lure affect casting? Well, the aerodynamics of the lure will determine whether it goes far or just nearby.

A lure with a skirt, blades or even flippers may produce a shorter cast as it will struggle to move through the air. A lure with an excellent aerodynamics structure will go far enough with little effort.

These are the essential factors to keep in mind if you want to have a good cast and a good fishing day. There is nothing as fulfilling as going fishing and making excellent long casts and going home with enough fish and satisfaction for a well-done job.