How Fast Do Fish Grow When Exposed To The Right Conditions

Watching a baby fish grow is fascinating but don’t you sometimes wish that the fish could grow a little faster? I know I do. Knowing how fast do fish grow is quite remarkable especially for anxious people to see the baby fish grow to an adult.

Some people keep fully grown fish but most of you, just like me; prefer watching a baby fish grow with every step from juvenile to adult. Sometimes I would wish to make my fish grow fast, but there are several things you should know: the ideal conditions for growth of fish and how long it would take to become an adult.

With this broad knowledge of different breeds and their ideal conditions for growth you will be able to know what to and what not to do with your fish.

How Fast Do Fish Grow When Exposed To The Right Conditions
Conditions Determining How Long It Would Take For A Fish To Grow
Quantity And Quality Of Food
Temperature Of The Water
Different Types Of Fish And The Time Taken To Grow
1. Frontosas
2. Yellow-eyed Mullet
3. Red Fish/Red Drum
4. Tilapia
5. Trout
6. Goldfish
7. Dolphin Fish
8. Largemouth Bass
Conclusion

Quantity And Quality Of Food

Before diving into how fast the fish grows, you should have an idea of the feeding habits of a particular fish breed among other things. Some fish require a large quantity of food but mostly of high quality. Feeding a fish twice daily with food high in protein or fiber can increase the rate of how the fish grows and changing 25% of the water twice a week increases the growth rate of fish in aquariums.

Temperature Of The Water

That warm ocean surfaces increase the growth rate of a fish is known. It applies to the fish in natural habitats and the aquarium. It contrasts that fish found in the deep waters grew 20-30% slower than fifty years ago and is attributed to the long-term deep water cooling. Different breeds of fish grow at different rates.

Different Types Of Fish And The Time Taken To Grow 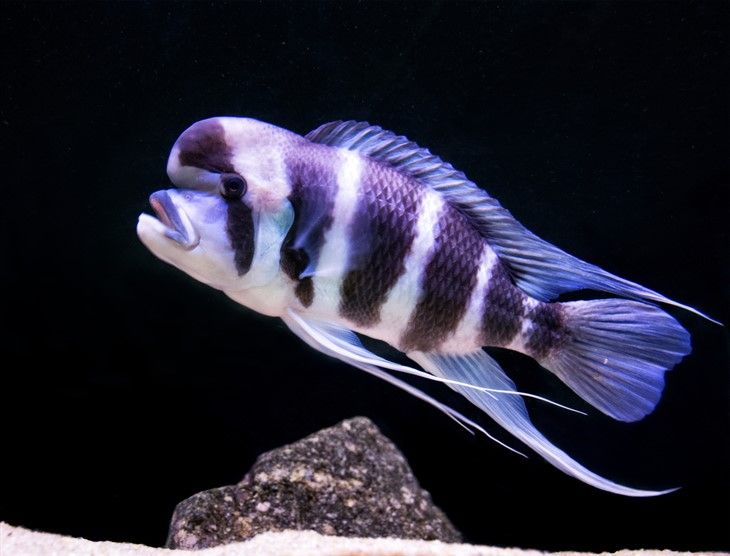 Originally from Lake Tanganyika which is a deep water lake, the fronts as are tolerant and less aggressive. Ideal for aquarium keeping, they do well in tanks with lots of rocks and a bottom that is sandy.

You should know they are slow growers and can take up to five good years to fully grow. Changing tank water 15% twice every week helps in increasing growth rate. You should also feed them food with high fiber and low protein at least twice daily.

The yellow eyed mullet has an olive green back and a silver belly with a yellow trace. This kind of fish also takes quite some time to be fully matured. It takes two to four years to maturity. Interesting bit about them is that the female grows faster and are larger than the males.

The length of the female ranges from 170-175cm compared to the males counterparts which range from 140-145 cm. You should have the patience to rear the yellow eyed mullet to maturity. 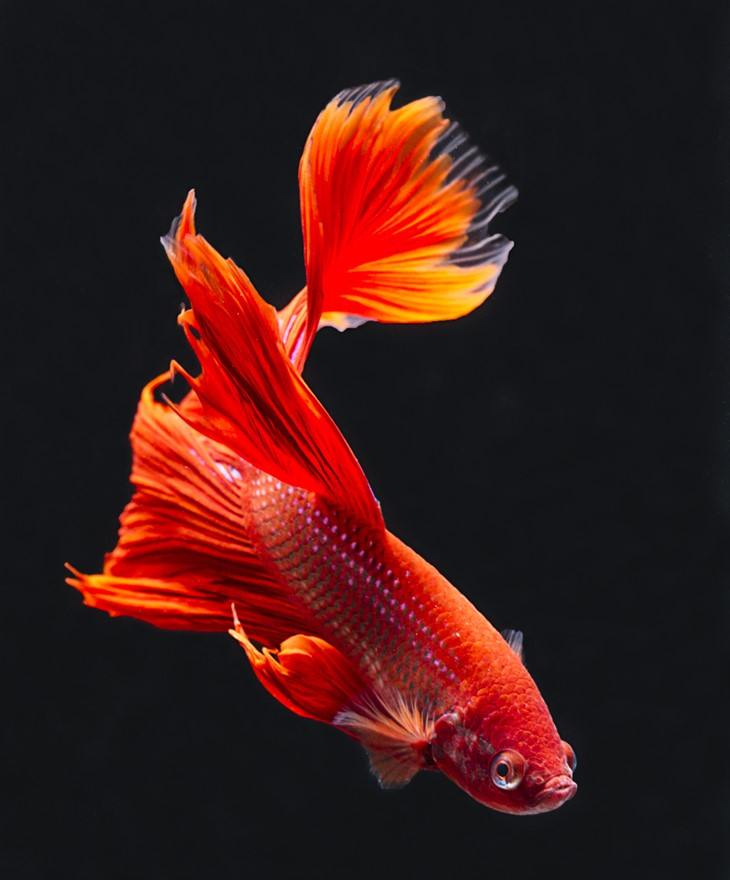 The redfish are characterized by a dark red color on their back and white belly. Redfish tail has a spot which looks like an eye hence called “eyespot”. In their juvenile years, their growth is considered to be fastest and measure as long as 14 inches by end of their born year.In the adult years, their growth seems to concentrate on their girth than the length and is slower. At the end of ten years, they can be 38 to 40 inches long.

See the table below:

Tilapia a commonly known fish and native to Israel, is quite a fast growing fish. You have at least heard or even have a bite of the sumptuous tilapia. It’s appropriate temperature for growth ranges from 76 to 84 degrees Fahrenheit.

They are able to grow at an average rate of 2% per day of the weight of the body. For every one and a half pounds of food, the tilapia gain one pound on average. The tilapia fingerlings , on the other hand,are mostly marketed when they are six months old with approximately one 1.5lbs to 1.75lbs.

The trout are good for human consumption and can live in cool temperatures of ten to twenty degrees Celsius. The trout are also considered to have quite a fast growth rate. Even though the trout’s growth rate and water productivity don’t determine how long the trout will be, you will be surprised that a three year old trout can be as long as 12 inches.

You can keep the trout in rivers or aquariums that are rich in base or calcium and abundance of food since they do well in such conditions. 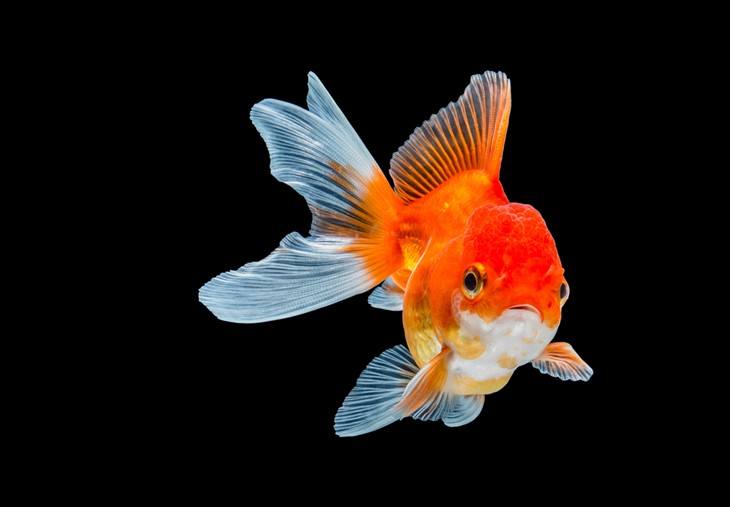 Though not recommended for eating, I can bet that most of you have goldfish in aquariums for décor due to their goldfish color. The growth rate of the goldfish is determined by the conditions in which they are kept and the food quality they are given. The goldfish grow rapidly for the first few weeks after hatching in an environment that is ideally increasing.

You should know that the body length of a goldfish increases to as much as fifty percent or more on weekly basis. The conditions perfect for an increased growth rate is inclusive of all water conditions but not with ammonia or low levels of oxygen, lots of filtration or space, water temperatures of younger fish higher than of the adults, quantity and type food and also excellent health. 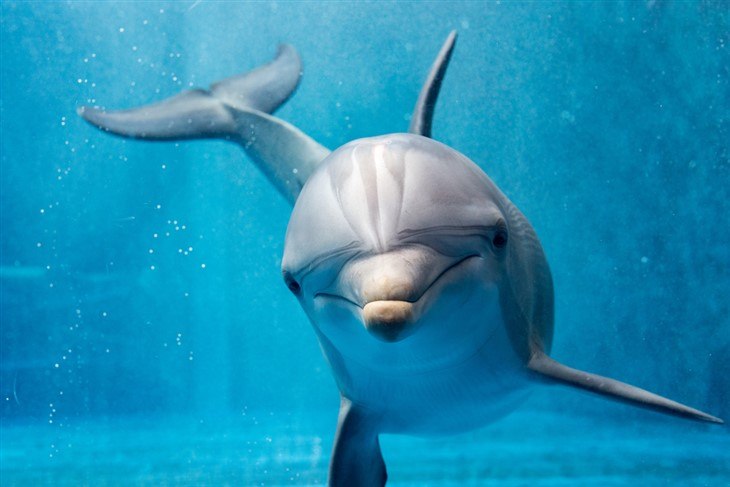 The dolphin fish is the only wild fish that man has considered as the fastest growing. With perfect or right conditions, their growth rate on a weekly basis can be a quick 1.3 to 2.7 inches in length.

Most of you have gone to watch the dolphins “dance".

Did you know that on average, in a year's’ time, the dolphin could be 40 lbs heavy with length of four feet. The dolphin fish tends to be an early mature with males growing bigger up to 60lbs and faster than the females which rarely weigh more than 40lbs. 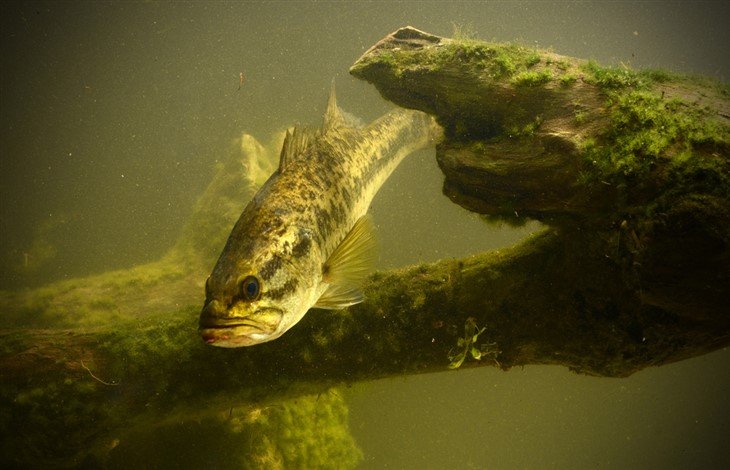 The largemouth bass fish grows depending on the food supply as well as conditions of the environment you keep it in. In the first year of the largemouth bass, it can grow up to more than two pounds in ultimate settings though normally grow up to half a pound. Just like the yellow eyed mullet, their females tend to be larger and with an impressive maximum size of ten pounds heavier than the males.

You are now equipped with adequate info on how the fish grow. The time taken is determined by the conditions, the quantity and quality of food you provide as well as specific temperatures you keep them in.

Now you know that all fish don’t grow at the same rate but each breed grows at different rates.