7 Simple Steps Of How To Kill A Catfish

Catfishes are a group of fish with ray fin, categorized under the order nematognathi or Siluriformes. The name catfish originates from their conspicuous barbels which have a striking resemblance to cat's whiskers.

They range in size and behavioral displays from the Mekong giant catfish( southeast Asia), wels catfish (Eurasia and the Paraiba in south America), to species that feed on dead matters on the bottom (detrivores), and the tiny parasitic species known as candiru, Vandellia cirrhosa.

They come in different types, the naked ones without scales and those that are armor plated. And so, for most people killing a catfish is not so easy a task. Hence, everyone wants to figure out the easy way of "how to kill a catfish".

Despite their nomenclature, not all of them have prominent barbel. Catfish of the order Siluriformes have distinct features of the swim bladder and skull.

They are a considerably very lucrative investment for those interested in aquaculture and very edible for eating globally.

And many of the small sized catfish are popularly reared in the aquarium, particularly the Corydoras.

Catfishes are mostly nocturnal, although some are crepuscular e.g. Auchenipteridae, while others are diurnal e.g. Callichthyidae or Loricariidae. 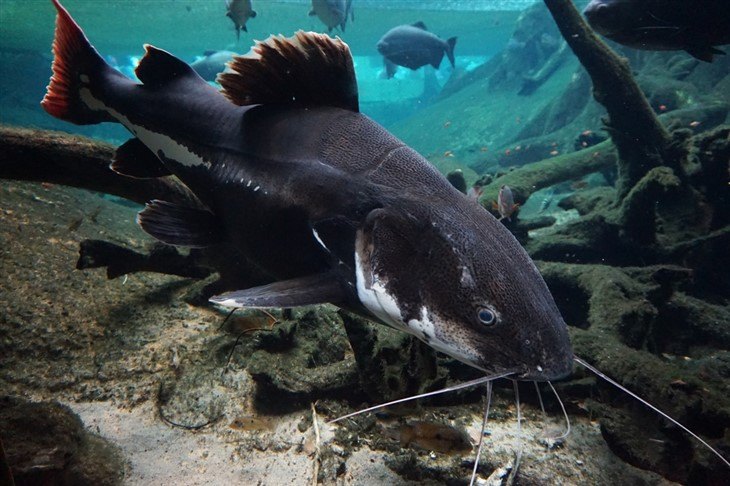 Catfishes are natives of coastal or inland waters globally except the Antarctica. Although they have resided in every continent at one point in time or the other, but some became endangered species and then went extinct (e.g. the Antarctica).

They exist distinctly in tropical South America, Africa, Asia, with relatives in North America and Europe. America house more than half of all catfish species.

They also house the ostariophysans, the only catfish species that have inhabited freshwater habitats in Australia, New Guinea, and Madagascar.

Catfish reside in freshwater habitat, although, most of them prefer shallow, running water. Eight families of the catfish are hypogean(they stay underground), and three other families are troglobitic(reside in caves). Species like the Phreatobius cisterbarum, are known to be residents in the underground of a phreatic environment.

Species from the families of Plotosidae, Ariidae, and few from Bagridae and Aspredinidae, all reside in saltwater habitat.

By virtue of its popularity, catfish has been differently depending on the country or region of a particular country. In the United States, in some places, they are known as mud cat, chucklehead, blue catfish or polliwogs. (All these names are not standardized). 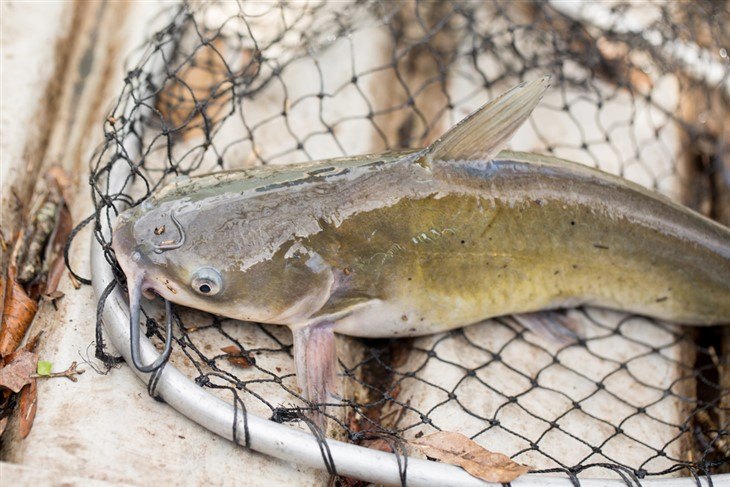 Catfish are mostly bottom feeders and generally known to be negatively buoyant, as such, they usually sink and seldom float due to their heavy, bony head and reduced gas bladder.

Catfish have different body shapes, but a majority of them are cylindrically shaped, having a flat venture that aids them in benthic feeding.

Their flat head plays a vital role in digging through the substrate and serves the purpose of a hydrofoil. Some catfish have a mouth that can extend widely when opened and have no incisor teeth.

Generally, they feed through gulping or by suction, rather than biting and cutting their prey. However, the Astroblepidae and Loricariidae possess suckermouths that enable them to attach themselves to objects in fast-running waters.

Catfish lacks the ability to protrude their mouths like other fishes (e.g. carp) because their maxilla has been reduced to being a support for their very visible barbels.

Catfish barbels come as pairs, some species have up to four pairs; maxillary (on both sides of the mouth), nasal, and chin barbels (two pairs) - not all species come with this pair of barbels.

Large catfishes have chemoreceptors, which runs all over their body, enabling them to taste everything they get in contact with and can perceive any chemical in their residing habitat. Gustation is a very important feature in catfish, basically, it enables them to locate their food.

The eyes of catfish are very small, thus, their chemoreceptors and barbels are more important in their search for food.

With similar characteristics like other ostariophysans, they possess an advanced and developed Weberian apparatus, which teams up with their reduced gas bladder, for sound protection as well as improved hearing.

They are often naked, possessing no scales. And in some species, their mucus- covered skin is primarily used for cutaneous respiration - they breathe through their skin. While in some other species of catfish, the skin is covered in scutes (bony plates). In the genus sisor, and loricaroids, the armor is basically arranged into one or more rows free scutes.

Similar bony plates are eminent in the likes of Lithodoras. In scoloplacids and Sisor, these bony plates are often supported by vertebral processes, but the processes don't make any external armor or fuse to the plates.

Catfish is very rich in Vitamin D. and research shows that catfishes that are farm raised, contains a high level of omega-6 fatty acids, and have a low proportion of omega-3 fatty acids.

For eons, catfish has been caught and served as a meal in places Africa, Asia, North America and Europe. Flavor as to its edibility varies as different continents have their unique ingredients. Enjoyable by some, but it has also received negative remarks from critics who claim it is watery, hence, lacking in flavor.

In the southern part of united states of America, catfish not very popular as food, but in central Europe, catfish is enjoyed as delicacies for celebrations and festivals - a culture that has been taken up as a tradition, brought from Europe and Africa by migrants.

In all, regardless of the place, catfish can be enjoyed in a variety of ways.

Steps To Kill A Catfish For A Meal

Catfish comes in different species and inhabits every part of the world except for places it has become extinct. Although, it is known to be loved by many and very edible, but killing it, mostly the large sized ones have over time proven to be difficult, yet, it is a fish and therefore, to be cooked, it will be killed. If you have gained from this article, drop a comment below and remember to share this with friends and loved ones.