How To Use A Stringer With Efficiency 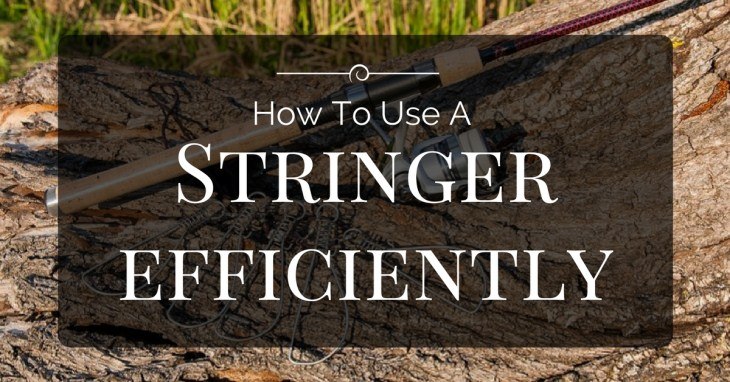 For several centuries fishers have tried to find a way to do their fishing effectively. Over time, new and better inventions have been discovered regarding better fishing techniques.

Before fish stringers were used, alternative methods we used from animal gut, woven horse hair or even linen and silk. Evolutionary process for the better fish stringers has taken several years and its patience and a lot of time that has been put into what we have presently as new fish stringers.

Here are simple steps to follow on how to use a stringer. First, a brief description of the different types of stringers will suffice.

These type of fish stringers are made of a rope that has a needle and a ring at the ends of the rope. The rope and poly stringer are useful for tagging big fishes such as trout that would easily break from the other small stringers.

It is also cheap as it does not have many features that would have otherwise made it expensive.

A metallic chain stringer is a classical fish stringer common on every fisherman’s boat who is enthusiastic about fishing. The stringer has been used by generations for stringing fish hence they are easily available in many stores that sell fishing accessories.

The fish baskets have been some of the oldest techniques that are still applied to string fish. The fish are caught and then kept in the basket, and the basket would be put in water and tagged along with the fishing expedition.

The fish basket that is made of plant materials such as reeds has suffered setbacks as it would rot while metallic baskets would rust hence losing caught fish thus it is rendered worthless when stringing fish. The metallic basket is unique as it has diverse designs.

You would rather spend a lot more on better fish stringers than have a loss.

If you want a fish string that would not let you down this is the one. The spring locker stringer is well equipped to be a profitable fish line due to features it has. The stringer has a spring lock that ensures that after the fish has been tagged, it snaps close and the fish will not escape at all.The spring lock stringer is made of stainless steel that doesn’t rust to ensure that the stringer stays long enough to perform its task.

One more feature that makes a spring lock unique is that it has that would be useful in case it becomes dispatched from the fishing boat.

Pro Steps Of How To Use A Stringer 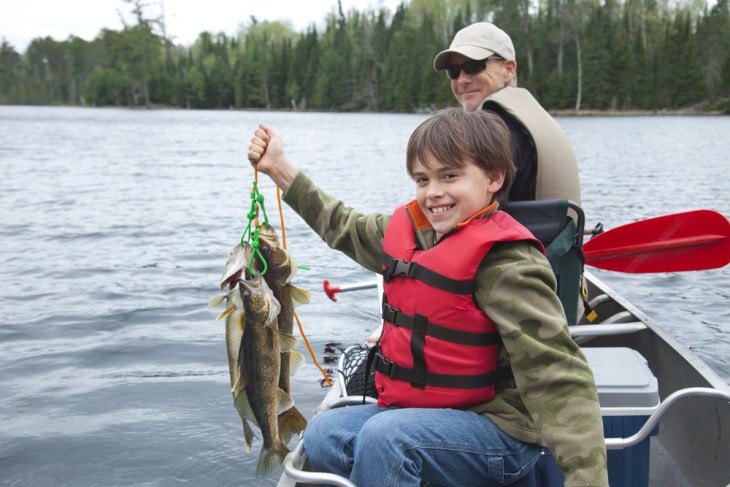 The following is what you require to make a simple fish stringer: a rope either plastic or metallic or silk, a metallic needle attached to the end of the string, a wire ring to secure the stringer.

Advantages Of Using A Stringer

The stringer's primary purpose is to ensure that fish is anchored once it is caught. There are many other uses that stringers serve though not known to everyone. The advantages include:

Fish stringers also help you to avoid breaking laws that were governing fishing. There exist rules that govern the number of fish on a fish stringer. Trout are supposed to be two on a fishing stringer, and when you are found to have more, you will be charged or worse jailed.

Stringers help you to avoid landing on the wrong side of the law and extra expenses.

Fish stringers will help you a commercial fisherman to maintain customer satisfaction by ensuring that client is satisfied by providing fresh fish. Stringing ensure that fish remain alive and fresh in water. Fresh fish means satisfied customers and more profits for you.

It is so stressful when you spend the whole day fishing, and you find out that you have lost your catch. Well using fish stringer ensures that your catch is secured. You do not have worries when you use a fish stringer during fishing.

After a long day spent on fishing, it would be tiring when you start to carry fish one by one to your destination. When you use a fish stringer, you can take all your days catch at once and avoid spending more energy moving the fish one by one.

Records of fish caught using a fishing stringer by you over a period can be useful to scientists who want to study fish characteristics in your area of fishing. Their findings would help in maintaining fish habitats and regulating fishing behaviors for all people. In return, your future generations would enjoy fishing too.

There are very many fishing techniques, but it takes a wise person to take time and specialize in doing what they love.

For you who loves fishing, the journey to being better in fishing is not hard, but it is done step by step.

Learning how to use a stringer, is one of the valuable techniques that you would need when fishing.